Giants of the Mesozoic

A prehistoric battle of gigantic proportions unfolds in the permanent exhibition Giants of the Mesozoic, filling the Museum's Great Hall. This exhibition recreates life in the badlands of Patagonia, Argentina, where the largest dinosaurs in the world were unearthed.

Visitors stand at the feet of some of the world's largest dinosaurs immersed in a prehistoric snapshot that surrounds them in a predator-versus-prey clash.

Argentinosaurus defends itself from a surprise attack by Giganotosaurus, while a flock of 21 Pterodaustro and three Anhanguera scatter overhead in reaction to the commotion.

Viewers can observe the interaction between four types of prehistoric reptiles from the Cretaceous Period of 145-65 million years ago, as well as other creatures with which they shared their world.

Giants of the Mesozoic includes additional fossil casts to further demonstrate the diversity of prehistoric life in Patagonia. The simulated rockwork beneath the dinosaurs contains casts of animals and plants that lived during the Cretaceous period. Visitors will also find pterosaur and dinosaur tracks, remnants from an Auracaria tree, a fossilized crocodile and a turtle shell.

All of the fossils on display in Giants of the Mesozoic are cast replicas of the original specimens. The fossilized bones remain in Argentina, where they are considered a national treasure. 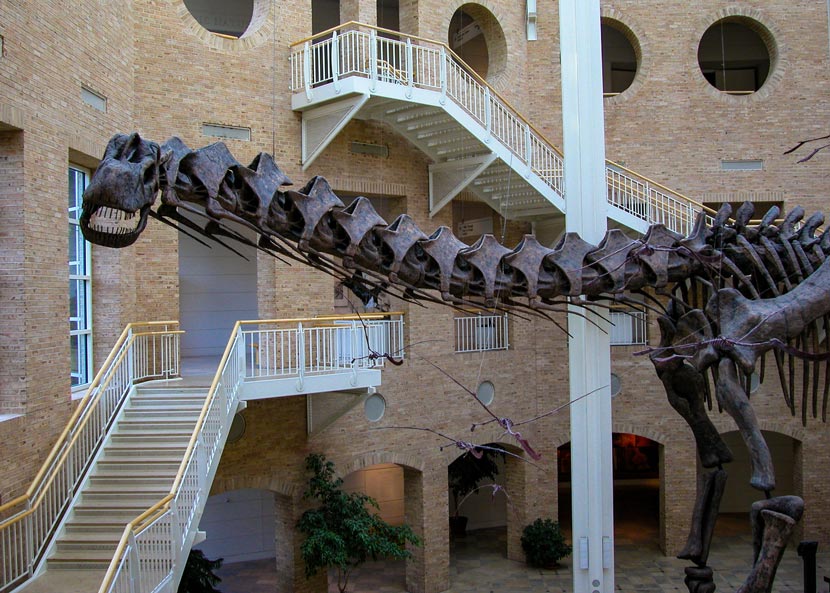 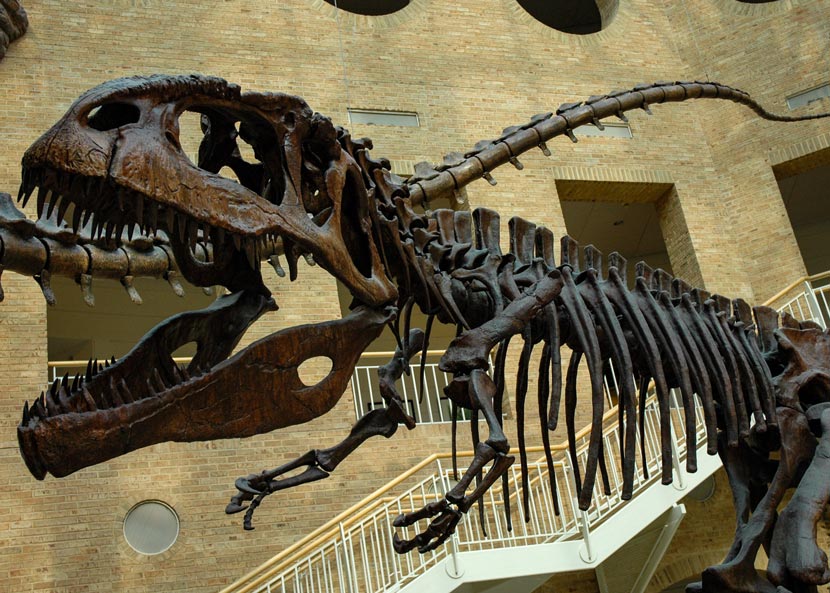 Giganotosaurus (gee-ga-NOH-toh-SAWR-us), which weighed 8-10 tons, is the world's largest meat-eating dinosaur. The scissor-shaped teeth of this ferocious hunter measured up to eight inches long. This 47-foot-long creature, whose name means "Great Southern Lizard," lived 95 million years ago. Giganotosaurus is approximately four feet longer than Tyrannosaurus rex, and its 6-foot-long skull was as big as a human's entire body. 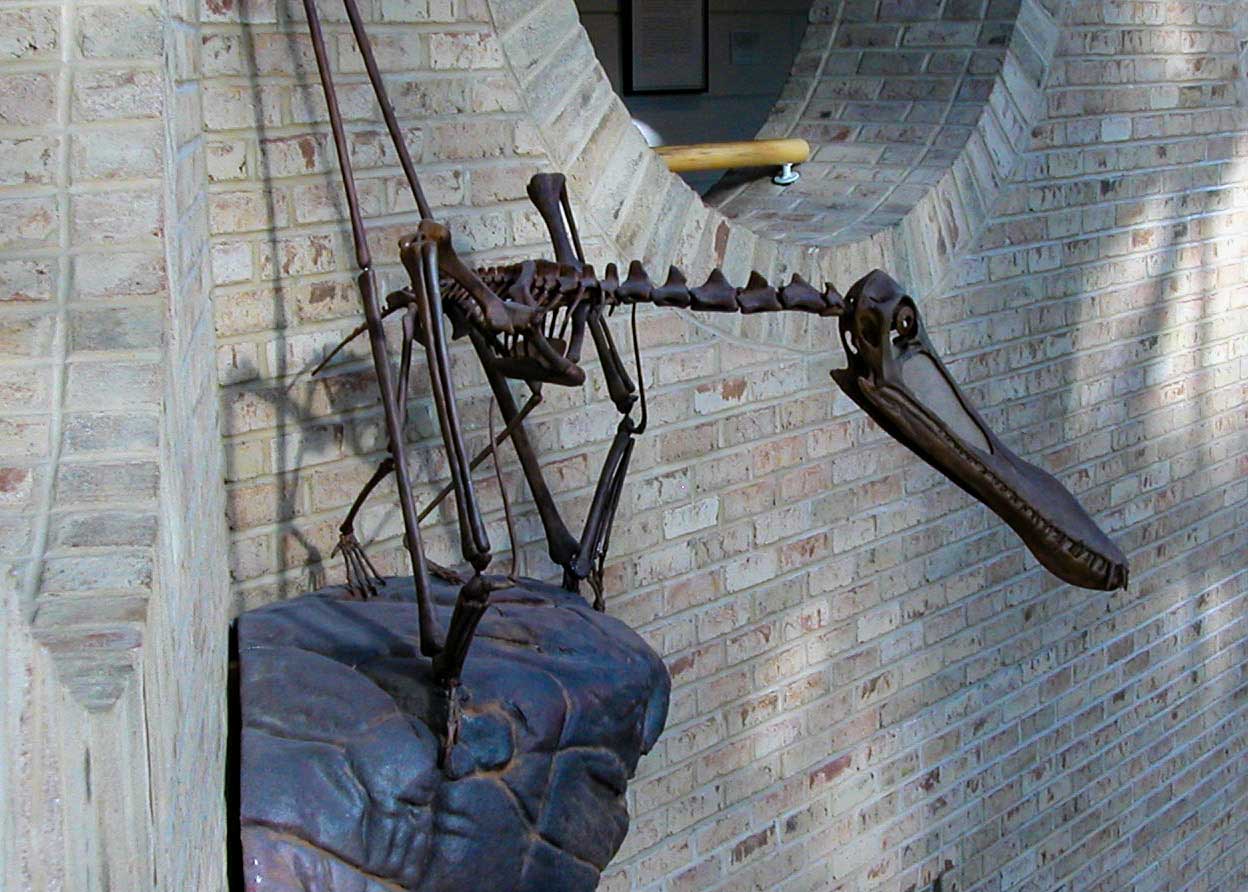 Anhanguera (AN-han-GER-uh) is a flying reptile, or pterosaur, that lived 120 million years ago. Named "Old Devil," this bird-like reptile's wingspan measured 18-19 feet. Its diet consisted of fish, which were likely consumed while in flight. 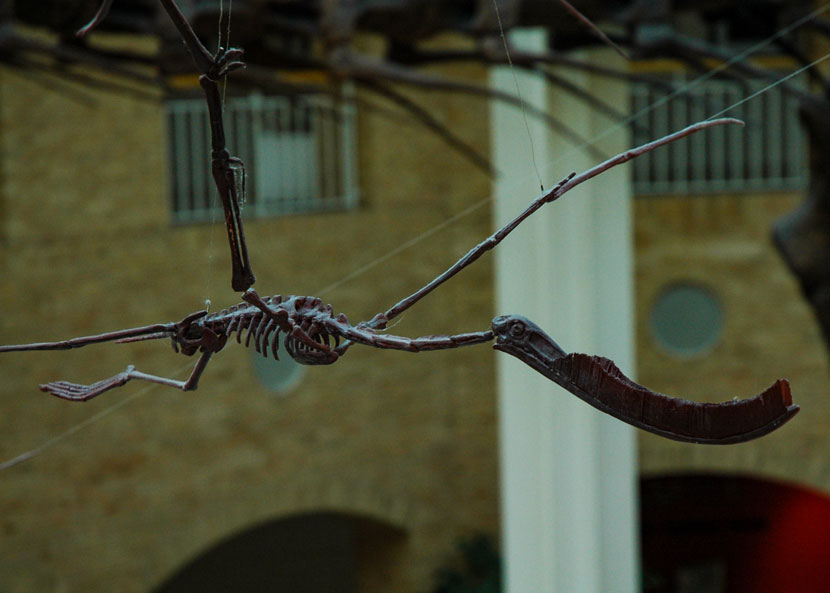 Pterodaustro (TER-oh-DAS-troh) is a smaller flying reptile whose name means "Wing of the South." A flock of 21 pterosaurs, each with a wingspan of 52 inches, soars over the Great Hall. These creatures had roughly 500 bristle-like teeth that sifted small organisms out of the water. Short blunt teeth in its upper jaw enabled it to chop its prey into smaller pieces. Pterodaustro lived 125 million years ago.

Fernbank is a not-for-profit natural history museum, giant screen theater and old-growth forest, and is not affiliated with Fernbank Science Center, which operates as a division of DeKalb County Schools.